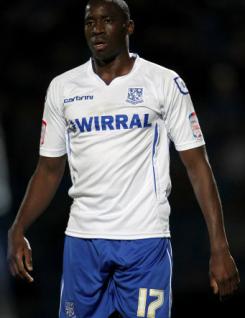 Lucas Akins is a powerfully built, pacy forward who joined Tranmere Rovers in the summer of 2010, initially on non-contract terms but he was soon offered a longer deal.&nbsp; Lucas started his career with Huddersfield Town and was top scorer in their youth team but eventually moved to Hamilton Academical from where he was later farmed out to Partick Thistle.&nbsp; Returning to England, Lucas joined Rovers but initially found it difficult to break into the first team. However, by the end of the season he had established himself down the right flank and he scored his first brace of goals against Exeter in a 4-0 victory at Prenton Park