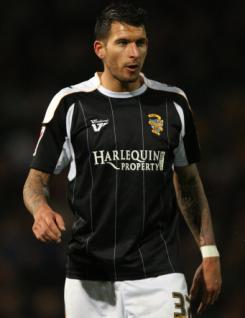 Lewis Haldane has yet to make his first team debut.

Lewis Haldane is a flying winger who signed for Port Vale in 2010 after a spell on loan from Bristol Rovers. During pre-season training he was bitten by an insect and hospitalised for a couple of weeks and his career was under threat. He returned to the first team in November 2010 but needed time to regain full fitness. During the second half of the campaign he was in and out of the side and never really recovered from such a long spell on the sidelines. With a full pre season behind him in 2011-12 he will be hoping to get his old spark back.