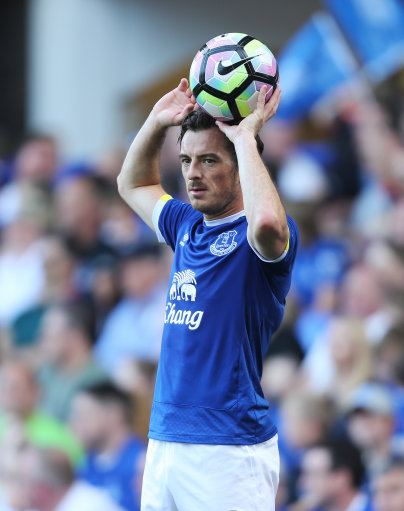 Leighton Baines is a quick, attack minded, left back currently playing for Everton. Leighton started his career at Wigan, and was a key member of the side that won promotion to the Premier League. After making nearly 150 appearances for the Latics he moved to Goodison in the summer of 2007. Leighton had trouble breaking into the starting line-up, but since his first season he has become a vital member of the defensive line, linking up well down the left flank and providing goal-scoring opportunities for his colleagues. He had a strong season for the Toffees in 2010-11, when he became the first player in the club's history to win the Player of the Year, Players' Player of the Year and Goal of the Year awards. Leighton won his first cap for England in March 2010 and has added further appearances since then.