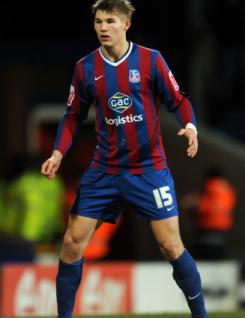 Lee Hills is a young defender on the books of Crystal Palace. A promising left-sided player with great pace and energy, he delivers a useful cross and links up well with the midfield. Lee made his first-team debut for the Eagles in 2007-08, but has found it difficult to break into the line-up on a regular basis. After catching his studs on the turf in the game at Derby County in April 2010 he picked up a knee injury which kept him out of action for the whole of the 2010-11 campaign.