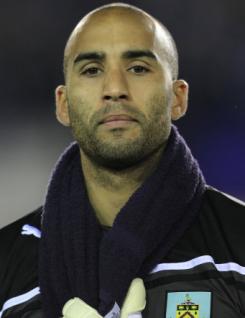 Lee Grant is a goalkeeper who signed for Burnley in the summer of 2010 from Sheffield Wednesday. He was well known to manager Brian Laws from their days at Hillsborough. It was his second spell at Burnley having played for the club on loan during the 2005-06 season, on that occasion making one appearance for the suspended Brian Jensen. At the time he was on the books of his first club Derby County for whom he made a debut in 2002 as a substitute against Burnley. Lee started and ended the 2010-11 season out of the side but enjoyed a period in the team from October to March.