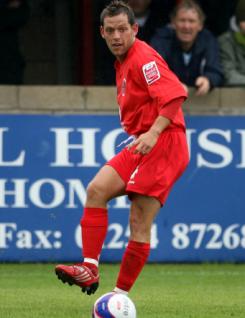 Leam Richardson is one of the longest serving players at Accrington Stanley and one of the few to remain from the team that won promotion to the Football League. Leam is currently in his sixth season with the Reds after signing from Blackpool. He made his senior debut back in 1999 when he appeared for Blackburn Rovers in a League Cup third round tie but only established himself after leaving Ewood Park. Leam missed most of 2009-10 through injury but was back for the final two games. Injury again restricted his appearances in 2010-11.