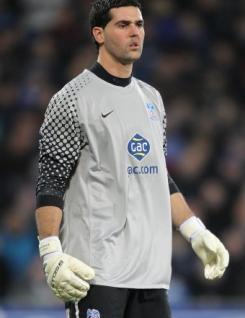 Julian Speroni is an experienced goalkeeper who has been first choice for Crystal Palace since the 2007-08 season, making over 200 first-team appearances for the club. A huge favourite with the Selhurst Park faithful, he was again a near ever-present in 2010-11, proving himself to be a key player as the Eagles avoided relegation. Julian began his career in Argentina with AC Platense, then spent time in Scotland with Dundee before his move south to Selhurst Park.