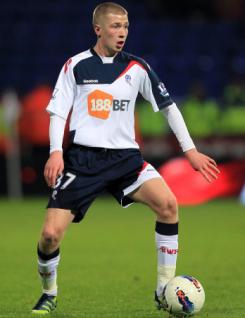 Josh Vela is a young midfield player on the books of Bolton Wanderers. Josh, who developed through the club?s youth set-up, signed his first professional contract in March 2011. Josh, who mostly operates in a central-midfield role, was a regular in the reserve team in 2010-11 and was on the bench for the final Premier League game of the season against Manchester City in May. His progress was rewarded when he won the club?s Academy Player of the Year award for the season.