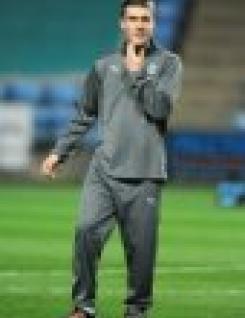 Josh Ruffels is a youngster with Coventry City who plays in midfield. He spent most of the 2010-11 season developing with the Sky Blues? U18 team. Josh is highly rated by the club's coaching staff and sat on the first-team bench a number of times in the second half of the campaign, although he has yet to make his senior debut.