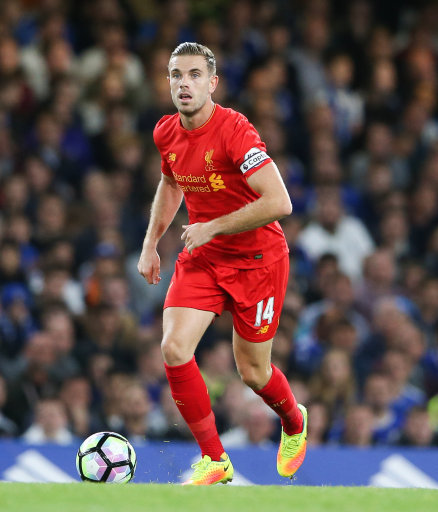 Jordan Henderson is an exciting young midfielder who graduated through the ranks at Sunderland, signing a professional contract in July 2008. Jordan, who can play in a central role or on the right hand side, made his senior debut for the Black Cats against Chelsea in November 2008, but it was in the 2009-10 season that he really burst on the scene at the Stadium of Light, firmly establishing himself in the line-up and winning the club?s Young Player of the Year award. He continued in similar vein in 2010-11, when he was a near ever-present in Premier League fixtures, showing tremendous vision and creativity in the centre of the park. Jordan has previously been capped at U19 and U21 levels for England and won his first full cap in November 2010 when he played the full 90 minutes of the friendly with France. In the summer of 2011 he left Wearside, joining Liverpool for a substantial fee.