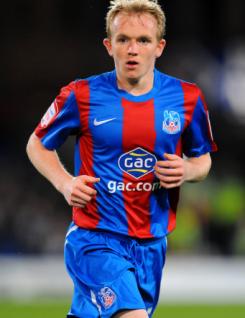 Jon Williams is a versatile teenaged player who signed his first professional contract for Crystal Palace in April 2010. He is equally adept either playing on the left side of defence or getting forward in a midfield role, and looks comfortable on the ball or when making a challenge. Jon spent the 2010-11 season developing in the Eagles? U18 and reserve teams and has yet to make his debut in senior football. He has been capped for Wales at U21 level.