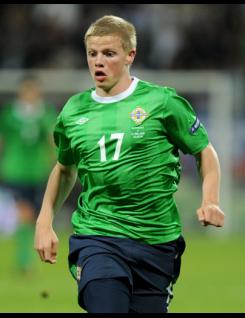 Johnny Gorman is a young midfield player who signed a professional contract with Wolves in December 2010. Johnny spent several years with the Manchester United youth set-up before switching to Molineux. He is a winger who can beat his man and cross the ball. Johnny has featured in the U18s and reserves for Wolves but he has yet to make his first-team debut. In May 2010 he won his first cap for Northern Ireland against Turkey and since then he has appeared regularly for his country despite the fact that he has not played club football at senior level.