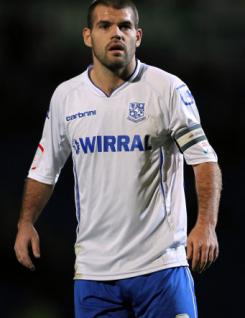 John Welsh is a Liverpool-born midfield player who is now captain of Tranmere Rovers.&nbsp; Although not quite an ever-present during the 2010-11 season, John was always one of the first names on manager Les Parry's team sheet and also contributed four goals during the season, including some spectacular efforts.&nbsp; An England Youth and U21 international with a sweet left foot, John made his senior debut for Liverpool at 18 but was eventually released and then moved to Hull City for four, largely injury disrupted, seasons.