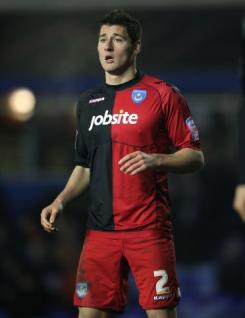 Joel Ward is a versatile young player who was a scholar with Portsmouth before signing his first professional contract in July 2008. He spent much of the 2008-09 season on loan to League One side Bournemouth where he enjoyed a good run of first-team football before returning to Fratton Park. Joel, who can play across the midfield positions and also at right back and in the centre of defence, is dominant in the air and can read the game well. He had a real breakthrough season in 2010-11, firmly establishing himself in the line-up and becoming a key player in the squad.