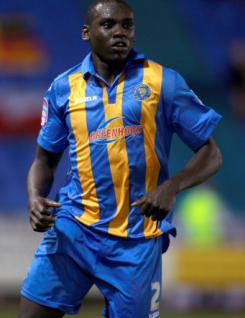 Jermaine Grandison is a central defender with Shrewsbury Town. He began his career with Coventry City and he played for them early on in the 2010-11 season turning out in their Carling Cup defeat at Morecambe. He then went on loan to Tranmere Rovers, originally for a month but this was extended until January after he produced some fine performances during his stay. Good in the air and willing to learn, he joined Shrewsbury Town on a month?s loan almost immediately afterwards. Jermaine made an instant impression and after the initial month Shrewsbury signed him on a more permanent basis.