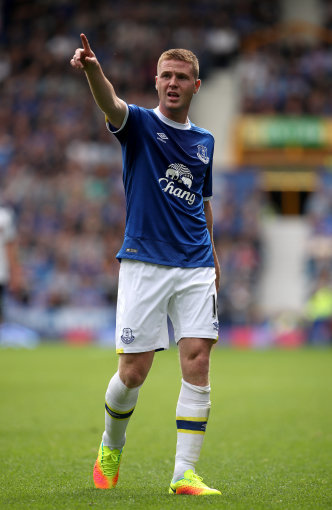 James McCarthy is a young attacking midfielder who joined Wigan Athletic in the summer of 2009. He is a dynamic player with the ability to score goals and although initially used immediately in front of the back four he has since been pushed forward into a more attacking role. James continued to gain experience during 2010-11 despite missing three months of the season through injury. His performances earned him the club?s Young Player of the Year award and his sublime finish against Lancashire rivals Blackburn in February was the Latics? Goal of the Season. James started out at Hamilton Academical making his senior debut as a 15-year-old. He completed over 100 senior appearances before joining Wigan and is a former PFA Scotland Young Player of the Year. Having previously represented the Republic of Ireland at age-group levels from U17 to U21, James won his first full cap in the friendly with Brazil in March 2010. During 2010-11 he added further caps against Macedonia and Uruguay.