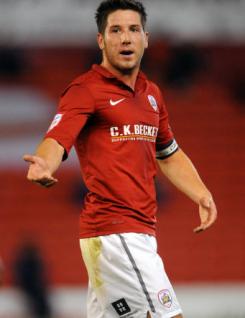 Jacob Butterfield is a young central midfielder who has established himself in the Barnsley team after graduating from the club?s academy. Jacob is a skilful, creative player who is a good passer of the ball. He appeared regularly in the team during 2010-11finding the net a couple of times, including a spectacular effort against Bristol City in April, which earned him the club?s Goal of the Season award. Jacob was selected as the club?s Young Player of the Year in 2008-09.