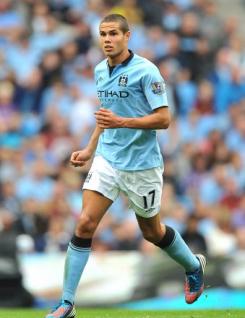 Jack Rodwell is a young midfield player on the books of Everton. A product of the Toffees? Academy, Jack made his debut for the reserves at the age of 15 and went on to become the youngest player at the time to represent the club in a European match, coming on as a substitute against AZ Alkmaar in December 2007. He is primarily a defensive midfielder but has also played at centre back for the reserves. Jack made the breakthrough to become a regular in the starting line-up in 2009-10, scoring his first senior goals when netting a brace in the 4-0 Europa League win against Sigma Olomouc in August. He was again in the squad for the opening game of 2010-11, but soon afterwards suffered an injury and it was not until November that he returned to action. Jack became the first player to score a winning goal for any England side at the new Wembley Stadium, when he netted for the U16s in the 1-0 win over Spain in 2007. Also capped at U17 and U19 levels, he is now a member of the U21 squad.