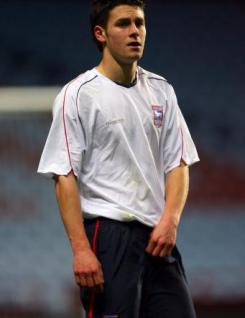 Jack Ainsley is a young defender on the books of Ipswich Town, having developed in the club's youth system. In doing so the right back or central defender followed in the footsteps of his father George and elder brother Stuart, although neither went on to make a senior appearance. Jack made his League debut as a late substitute in the 3-1 win at Middlesbrough on the opening day of the 2010-11 season but added only one more Carling Cup appearance before a brief loan spell in the Conference with Histon. Jack represented England at U17 level as a striker during his academy days.