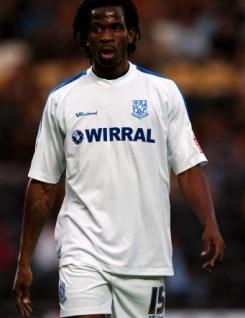 Ian Goodison is on the threshold of achieving legendary status at Tranmere Rovers.&nbsp; Despite approaching his 39th birthday his athleticism shows no sign of diminishing and he remains the pivotal figure at the heart of Rovers? defence.&nbsp; With some 330 appearances for the club, he remains the first name on Les Parry's team sheet each week and even earned a recall to the Jamaica international squad, although he eventually declined to add to his record haul of caps-during the summer of 2011.&nbsp; Commanding complete respect from team mates and fans alike, his imperious performances, often playing through injury, were occasionally garnished by a cavalier dash forward resulting in goals which proved crucial to avoiding relegation.