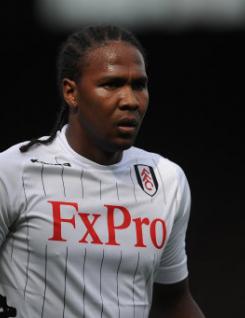 Hugo Rodallega is a talented striker who signed for Wigan Athletic in January 2009. A lively forward who has electric pace and is deadly in and around the opposition penalty area, Hugo is currently the Latics all time leading Premier League goal scorer. He finished as joint top scorer in the League in 2010-11 with nine goals. His final strike of the season was his most important with his late header providing a last-day win at Stoke City to secure Wigan?s place in the Premier League for 2011-12. Hugo came to prominence in Colombia with Deportivo Cali, prior to moving to Mexico. He currently has 40 caps for Colombia, having made his debut in March 2005.