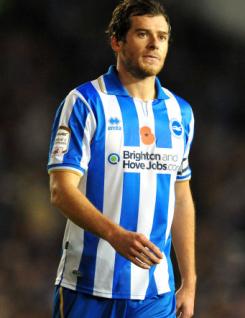 Gordon Greer is an experienced centre back who signed for Brighton &amp; Hove Albion in the summer of 2010. Gordon is a battling player who produced consistent performances for Albion during their promotion season. He captained the team and was one of three Seagulls? players selected for the PFA League One team of the season. Gordon, who began his career with Clyde, spent 2009-10 at Swindon Town skippering the Robins to the League One play-offs. He has been capped by Scotland at B international level.