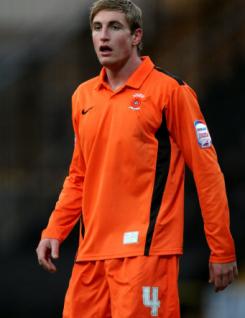 Gary Liddle is a versatile player who has now completed five years with Hartlepool United.&nbsp; Unable to make the breakthrough at Middlesbrough, he joined Pools in August 2006 for regular first-team football and being a player who is rarely absent he has now made over 200 League appearances for the club.&nbsp; A true utility player, for much of his time at Hartlepool Gary has been employed as a central midfielder, but during the 2009-10 season he was successfully moved into central defence playing alongside Sam Collins. Back as a midfielder for the 2010-11 season, he again turned in many outstanding performances.