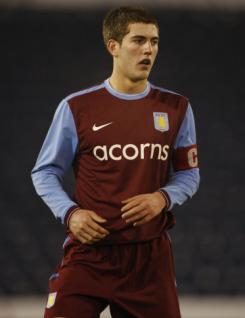 Gary Gardner is a young midfield player who came up through the ranks with Aston Villa, signing his first professional contract in October 2009. He went on to become a regular in the youth and reserve sides, showing some fine skills and scoring regularly before suffering a knee injury in December 2009, which brought his season to a premature end. Gary was back in action in 2010-11, featuring for the reserves and occasionally on the first-team bench as an unused substitute. He inspired the second string to an astonishing 10-1 win over Arsenal reserves, and made his debut for the England U19 team in March 2011.