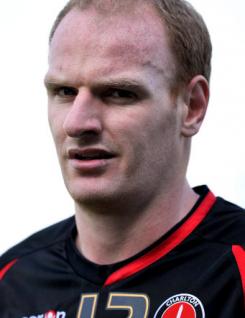 Gary Doherty is an experienced defender who signed for Charlton Athletic in the summer of 2010 after spending six seasons at Norwich City. Gary is strong in the air and a solid tackler who has produced reliable performances at the back over the years.&nbsp; He appeared regularly for the Addicks during the 2010-11 season proving an effective centre back. He started his career at Luton Town and was originally a striker before converting to centre back. He is a former Republic of Ireland international who made 34 appearances for his country have previously represented them at youth and U21 levels. &nbsp;