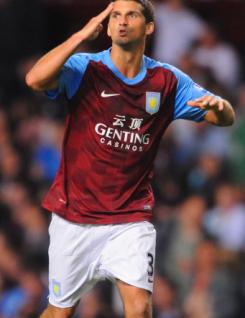 Eric Lichaj is a young defender who joined Villa in the summer of 2007, having previously played in college soccer and briefly with Chicago Fire. Predominantly a right back, he has good ball control and is effective pushing forward, while he also possesses a very long throw. Eric became a regular in the reserve side during 2008-09 and the following season he gained senior experience in loan spells with Lincoln City and Leyton Orient. He made his first-team debut for Villa away to Rapid Vienna in a Europa League tie in August 2010 and then played in several Premier League games before joining Leeds on loan, featuring regularly in the closing stages of the campaign. Eric is a full international for the United States.