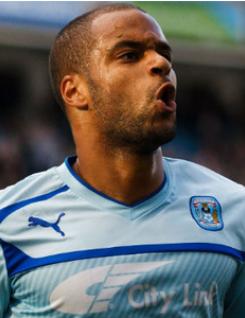 David McGoldrick is a young striker who joined Nottingham Forest from Southampton during the 2009 close season. An intelligent attacking player who can be used either as an out-and-out striker or in the hole behind a lone forward, David missed the start of the 2010-11 season with a shoulder problem then after a brief run of appearances he suffered a further injury and it was not until January that he was fully back in action. He finished with a respectable tally of six goals from 13 starts, including a double in the 2-0 win over Burnley in April. David is a local lad who made his debut for Notts County whilst still at school.