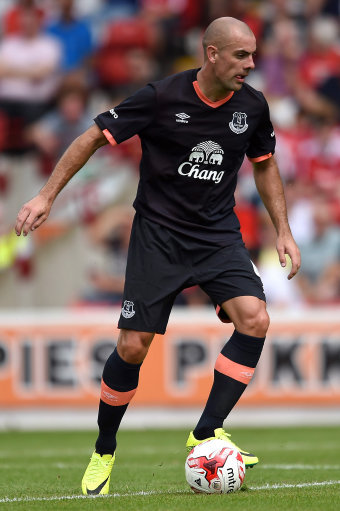 An accurate and incisive passer of the ball, he is renowned for his deadly long-range shooting from midfield and has been increasingly involved at first-team level over the past couple of seasons. After arriving from Northern Irish club Institute in 2004, Darron signed scholarship forms with the club that July, before turning professional in October 2005 on the date of his 18th birthday. He made his first-team debut the following day in a Carling Cup tie against Barnet but that would stand as his only senior United outing for nearly three years, time he spent honing his craft in the reserves or out on loan with Royal Antwerp and Wolves. The 2008-09 campaign was a definite breakthrough season, with Darron playing a central role in the Reds' victorious Carling Cup run and establishing himself as a regular for the Republic of Ireland, and since then he has gone on to make frequent appearances for the Reds, including an impressive display in the 2010-11 Champions? League semi-final. Darron joined Everton from Manchester United during the January 2012 transfer window.