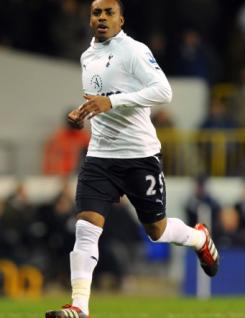 A versatile young player who joined Tottenham Hotspur at the age of 17 from Leeds United, where he had developed in the academy. A hard working and committed player with the pace and confidence to run with the ball at opponents, Danny has featured on the left flank and in a more central midfield role as well as at left back. He made his debut for Spurs when he came on as a substitute in the Carling Cup in August 2009 having already gained senior experience on loan at Watford. Danny subsequently spent time on loan at Peterborough United later that season before moving, again on loan, to Bristol City in September 2010. He made 17 appearances for the West Country club before returning to White Hart Lane. Danny was given a chance in the Tottenham first team in the closing weeks of 2010-11 and continued to build up his experience in 2011-12. He continued to represent England U21s and at the end of the season was included in the Great Britain Olympic team for the London Games. Danny appeared in two of the three group games and came on as an extra-time substitute in the quarter final tie against South Korea. On 31 August 2012, Rose joined Premier League side Sunderland on a season-long loan from Spurs. Rose played his debut against Liverpool on 15 September 2012.