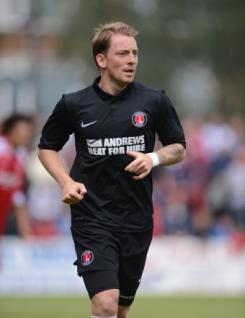 Danny Green is a winger who made his League debut for Dagenham &amp; Redbridge on the opening day of 2009-10 after signing for the club a few weeks earlier. Danny started his career at Northampton where he was a trainee before signing professional forms in 2006. He was released 12 months later and then had a spell at Nottingham Forest before spending 2008-09 with Bishops Stortford. Danny is a player at his most effective when running at defenders. He quickly established himself in the Daggers? starting line-up and after scoring a double figure total of goals in his first season at Victoria Road he repeated the feat in 2010-11. Danny went on to sign for Charlton in the summer of 2011.