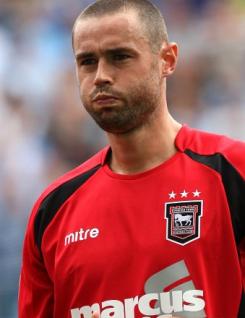 Damien Delaney is a solid and reliable defender for Ipswich Town. Signed in the summer of 2009 from Queen?s Park Rangers and initially playing at left back, Damien has spent most of his time at Ipswich partnering Gareth McAuley at the heart of the defence. Having started his career with hometown club Cork City before coming to England to play for Leicester, he made his name during a six-year spell with Hull City with whom he made more than 200 appearances. Damien suffered a potentially career-threatening thigh injury during pre-season ahead of the 2010-11 campaign but returned to the side in October and was a regular therafter.