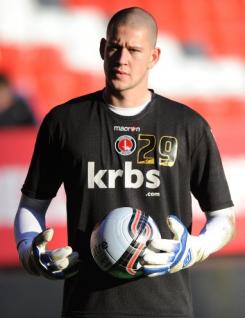 Conor Gough is a tall, young goalkeeper who was a second-year scholar at Charlton Athletic in 2010-11.&nbsp; Conor featured in the U18s and earned his first call-up for the senior team when he was included on the bench for the Johnstone's Paint Trophy tie against Dagenham &amp; Redbridge in August. He was also an unused substitute a couple of times towards the end of the season but has yet to make his first-team debut.