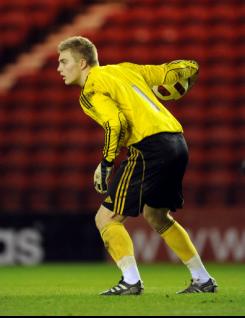 Connor Ripley is a young goalkeeper currently on the books of Middlesbrough. Connor, who is the son of former Boro player Stuart Ripley, converted from a striker to a goalkeeper relatively late in his youth career. He provides a commanding presence on the field and is a confident shot-stopper, catching the eye for Boro's reserve side in 2010-11. Connor featured several times on the first-team bench during the campaign, making his debut in the defeat at Reading when he replaced the injured Jason Steele in the first half.