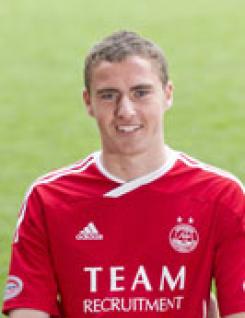 Clark signed a full time contract with Aberdeen in June 2009, and made his debut for Aberdeen in a 3-1 defeat to Hamilton Academical on 1 May 2010. The youngster has now begun to make more regular appearances for the Dons first-team and has made several appearances for the Scotland under 19's. He is also captain of the AFC under 19s squad for the 2011/12 season.