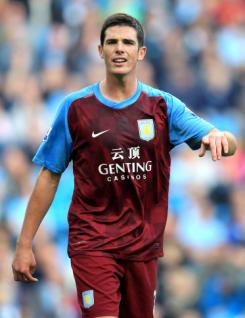 Ciaran Clark is a versatile young defender who has developed through the ranks with Aston Villa from an early age. Ciaran captained the successful Villa youth team, and went on to become a regular in the reserves, where he has shown excellent composure and maturity. He made his first-team debut at home to Fulham in August 2009, but it was in the 2010-11 season that he achieved a real breakthrough, scoring twice against Arsenal in November and adding a vital last-gasp equaliser away at Chelsea the following month. Ciaran started out as a central defender but has also played in centre midfield, where his cool head and intelligent reading of the game are equally effective. He has previously been capped for England U20s, but opted to switch to the Republic of Ireland, winning his first full cap against Wales in February 2011.