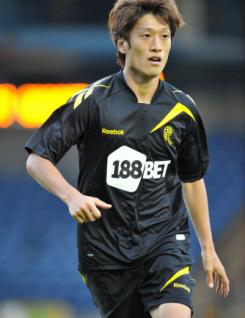 Lee Chung-Yong is a midfielder who plays for Bolton Wanderers. An attack-minded player, he has the ability to go past opponents with the ball at his feet and a good awareness of what is happening around him. Signed by Wanderers in the summer of 2009, he was slowly eased into the physical demands of Premier League football but he quickly adapted, establishing himself in the line-up. He enjoyed a superb debut season at the Reebok, winning both the Player of the Year and Players? Player of the Year awards. Chung-Yong was again in fine form in 2010-11, but had the misfortune to suffer a broken leg in a pre-season friendly which ruled him out of the opening weeks of the 2011-12 campaign. Before arriving at Bolton Chung-Yong had played all his club football in South Korea, featuring for the national team in the 2008 Beijing Olympics, he later starred for his country in the 2010 World Cup finals in South Africa.