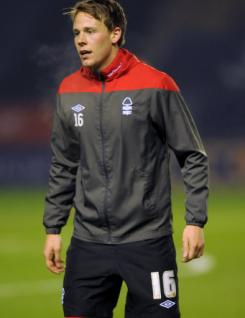 Chris Gunter is a defender who made a permanent move to Nottingham Forest in the summer of 2009 after spending the closing weeks of the 2008-09 campaign on loan at the City Ground. He was once again a solid member of the Forest defence in 2010-11, playing an important part in their promotion chase that ended in the play offs. Primarily a right back who is quick and effective both when defending and moving forward, Chris was a product of the Cardiff City youth set-up before joining Tottenham, although he was never able to win a regular place in the line-up at White Hart Lane. Chris made his full international debut for Wales at the age of 17 and has now won over 20 caps.