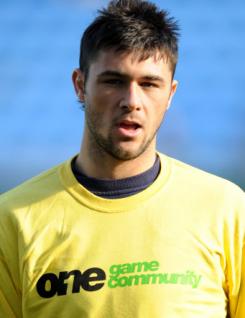 Former bricklayer and now striker Charlie Austin signed for Burnley in a big transfer from Swindon Town in January 2011. Charlie had been a prolific goalscorer for Swindon in almost two seasons there, having been signed from non-league Poole Town. His goals, alongside those from Billy Paynter, saw Swindon reach the League One play-off final in 2010. He was much sought after and the Clarets nipped in to get him, but no sooner had his Burnley career started than it came to an abrupt halt with a shoulder injury that required surgery. He did not feature again all season.