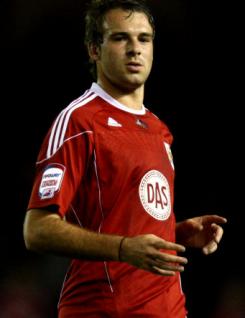 Brett Pitman is a striker who signed for Bristol City shortly after the start of the 2010-11 season. He featured regularly in the matchday squad at Ashton Gate, often on the bench and took time to settle into the higher level of football. His first goal for the Robins did not come until November when he found the net against Leicester. The goals then began to flow and he went on to finish the season as City?s leading scorer with 13 goals. Brett is a product of the Jersey FA's Centre of Excellence. He joined Bournemouth as a trainee making his senior debut as a 17-year-old and going on to establish a reputation as a prolific scorer before moving on.