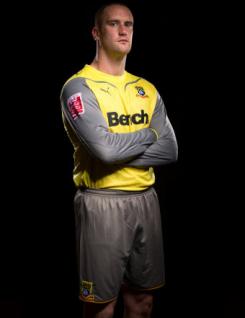 Barry Roche is an experienced goalkeeper who has been first choice goalkeeper for Morecambe since joining the Shrimps in the summer of 2008. His consistent performances earned him the Player of the Year award in each of his first three seasons at the club. He was again a near ever-present during 2010-11, missing just a handful of games through injury. Barry started his career at Nottingham Forest making his senior debut as a teenager before he moved on to Chesterfield and spending three seasons with the Spireites.