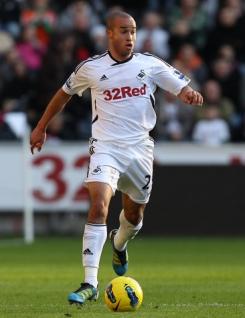 Jazz Richards (Ashley Richards) was in his second year as a professional with Swansea City in 2010-11. A product of the club?s youth system, Jazz is a quick, energetic player who has featured both at right back and in the centre of midfield for the Swans first team in 2009-10. He made his senior debut when coming off the bench against Middlesbrough in August and the following month he received his first start at full back against Preston. Jazz gained further experience in 2010-11 when he took over the left back position from Neil Taylor early in the new year. He has been capped for Wales at U19 and U21 levels.