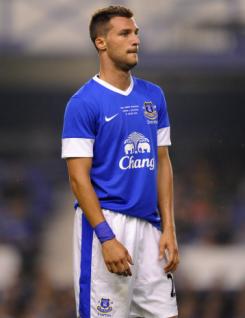 Apostolos Vellios is a tall young striker who signed for Everton in the January 2011 transfer window. Apostolos went on to score on his debut for the reserves and stepped into the first-team squad during an injury crisis towards the end of the season, making three short appearances as a substitute. He was previously with Iraklis, where he made several first-team appearances whilst still a teenager. Apostolos has been capped for Greece at U17 and U19 levels.