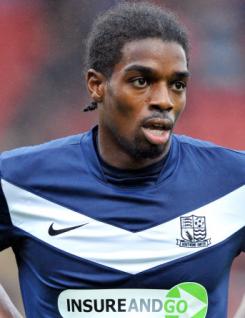 Anthony Grant is a central midfielder who signed for Southend United in August 2008 having previously spent time on loan at Roots Hall. A near ever-present for the Shrimpers during 2010-11 he was one of the longer serving players at the club and has now made over 100 appearances. A player with a superb work ethic, he is also extremely versatile and has featured at right back, centre back and right midfield for Southend before moving into a more advanced role in a midfield quartet. Anthony developed in the academy at Chelsea where he made a single first-team appearance from the bench against Manchester United at Old Trafford in May 2005.