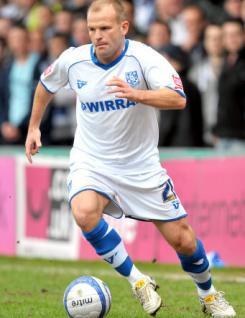 Andy Robinson returned to Tranmere Rovers for a third spell during the winter 2011 transfer window, having been unable to find a club following his release by Leeds United in the summer of 2010.&nbsp; Birkenhead-born Andy was instrumental in Rovers preserving their League status in the 2009-10 season when he spent the second half of the season on loan at Prenton Park, but when Leeds ended his contract he found himself out on a limb until Les Parry called in January.&nbsp; For all his infectious enthusiasm Andy struggled with his match fitness and in consequence his impact was limited to just 15 outings, six of them from the bench, with none of the goals from midfield he was once famed for at Swansea and Leeds.