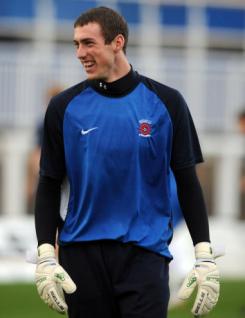 Andy Rafferty is a goalkeeper who signed for Hartlepool in May 2010 after impressing playing for the reserves at the end of the 2009-10 season. Rejected by Darlington as a junior, he had subsequently made appearances for a number of Northern League clubs, most recently Guisborough Town. He was unlucky to pick up an early season injury, but once fully recovered he benefited from full-time training and showed promise playing for the reserves.&nbsp; Andy made his first-team debut late in the season against Tranmere Rovers, and proved to be a capable deputy for regular ?keeper Scott Flinders.