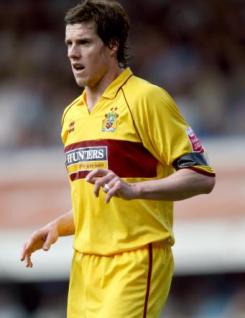 Andy Gray is a striker with plenty of experience in the game who joined Barnsley from Charlton Athletic in August 2009. A big, powerful target man he is able to use his strength to hold up the ball and bring his colleagues into play, as well as score goals himself. Andy was in and out of the team in his first season but featured more regularly during 2010-11, contributing seven goals. He began his career at Leeds United and has since played for a number of clubs including Nottingham Forest, Sunderland and Barnsley.