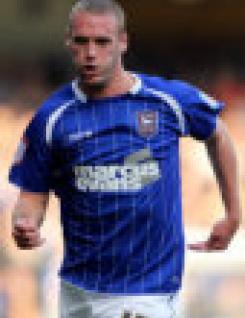 Andy Drury is a midfielder currently with Ipswich Town. Andy was 27 before he made it into League football, Ipswich signing him from Conference side Luton in January 2011. A set-piece expert, the former builder was with Sittingbourne, Gravesend &amp; Northfleet, Lewes and Stevenage, with whom he won both the FA Trophy and the Conference, prior to an impressive half-season with the Hatters, which led to his big break. Andy made his debut in the 6-0 win at Doncaster and his first start in the home draw with Hull as he spent the first few months of his time at Portman Road finding his feet at Championship level.