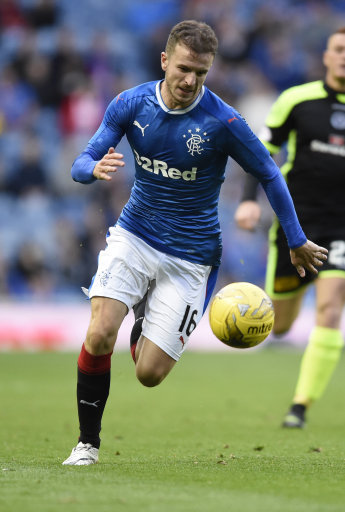 Andrew Halliday is a young winger who plays for Middlesbrough in the Championship. Andrew joined the Teessiders during the summer of 2010-11 after catching then manager Gordon Strachan's eye with an impressive season for Livingston. Andrew was suffering with injury in pre-season, but went on to make his debut for Boro during the 1-0 win over Sheffield United at the Riverside. A direct player, Andrew has shown a great deal of potential for his age and made his Livingston debut in April 2008, aged just 16. He made a huge impact for Boro against Ipswich Town in April, turning in a Man of the Match performance as he scored one and set up two goals in a pulsating 3-3 draw at Portman Road.