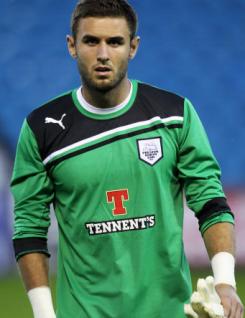 Young goalkeeper Andreas Arestidou is yet to record a first-team appearance for Preston North End.&nbsp; The agile shot-stopper signed for the Lilywhites in the summer of 2010 after spending the previous season with League Two outfit Shrewsbury Town.&nbsp; Andreas, who represented England at U16 and U17 levels, spent the majority of the 2010-11 season on the bench for North End whilst making a good number of appearances in the club's successful reserve side.&nbsp; From the age of 11 Andreas worked his way through the ranks with Blackburn Rovers before enjoying loan spells at Lancaster City and Nantwich Town.