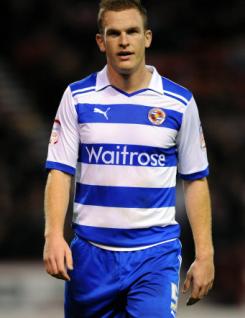 No-nonsense centre half, Alex Pearce, is a brave defender who developed through the ranks with Reading before graduating to a professional contract just before his 18th birthday. Tall and able to dominate in the air, he also offers an effective threat when moving forward to join the attack. Alex made his Royals? debut in an FA Cup win over Burnley in January 2007, but under former manager Brendan Rodgers Alex was handed the vice captain's armband at a tender age, leading the team out on the opening day of the 2009-10 campaign with skipper Ivar Ingimarsson ruled out through injury.